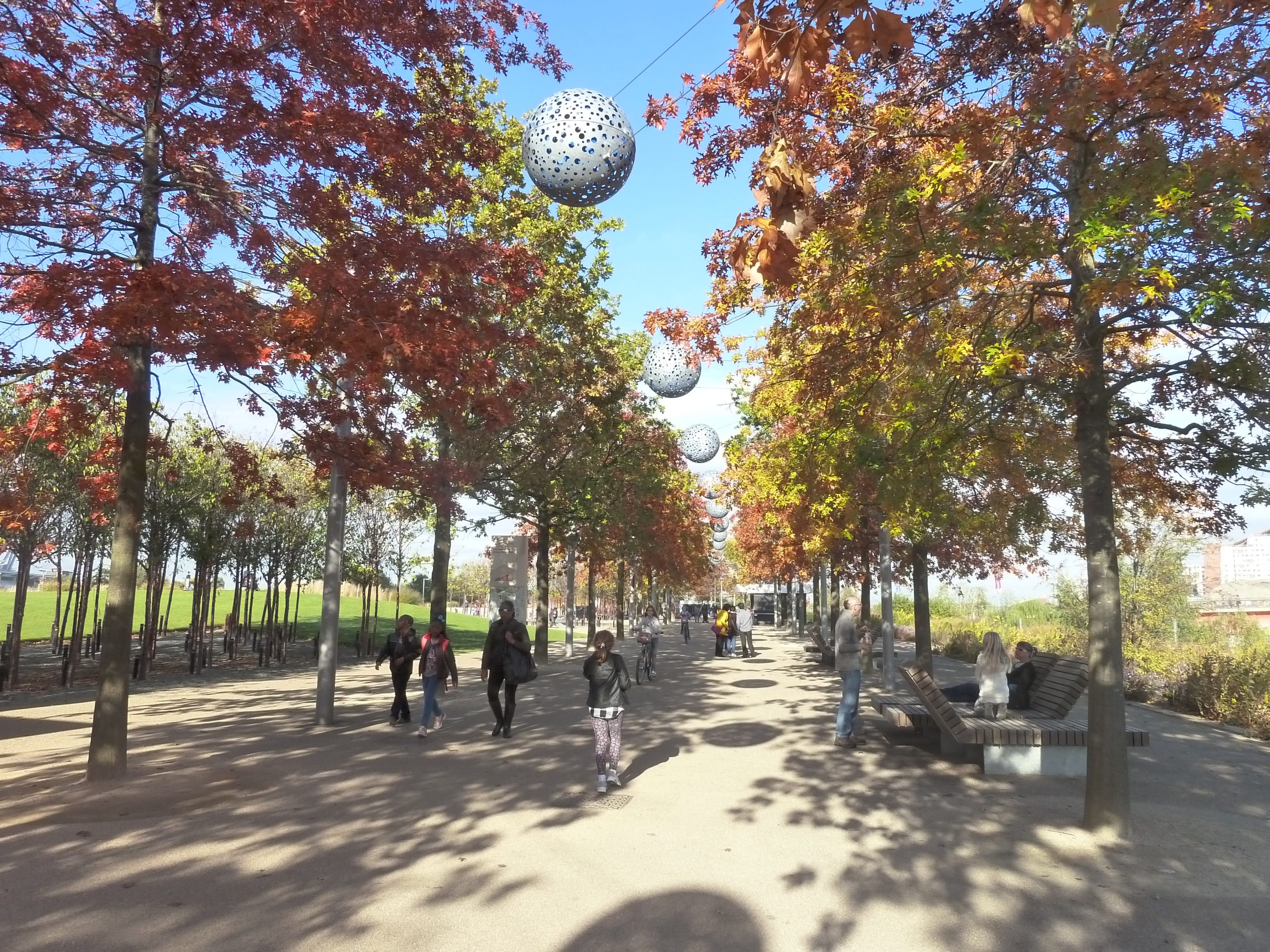 By Duncan WilsonNovember 29, 2019No Comments

One of the things that has struck me in the conversations at the Smart London Board has been the movement we are starting to see with “public services entering another major phase of modernisation as new approaches to digital delivery through user-driven design, open APIs and platforms are adopted.” [See A Smarter London Together “Long read” on Medium] This article explores how CE_Labs are using a living lab approach in the development of a smart sustainable campus at UCL East and a living landscape with our neighbours and collaborators at the Queen Elizabeth Olympic Park.

The (2018) Google acquisition of Xively by LogMeIn (originally a London startup called Pachube) reminded me of early forays into creating digital technologies for sharing sensed data and the value of abstracted services. The vision of Pachube was making it easy to connect a digital device such as a Geiger counter to a time series data store and provide simple hooks to get access to that data. This simplified, abstracted approach meant that it was easier to use and extend their platform than it was to develop your own. It also benefited from a community of people motivated to adapt to a wheel rather than reinvent it.

Twelve years on it seems timely that we are again asking questions of how to provide the infrastructure needed to enable city wide innovation and collaboration.

As part of the Smart London Board “Listening Exercise” the Mayors office were keen to get public feedback on how they could nurture innovation in urban services. In particular, to explore what is needed to facilitate change in the way digital technologies can improve public services and how we should think about a new deal for city data. That work ended in a collection of activities that have been reported on as part of an ongoing and public score card.

In an age of doing-more-with-less we often report on technology being the panacea for efficiency gains and removing the friction in systems. The opposers to this view promote a more human centric approach where the grit in the system reflects the real world. Rather boringly, improving public services is not about either user-centred design or efficiency engineering — it is both. Improving our efficiency in collecting and recycling waste doesn’t preclude it from being designed in a manner that makes it easier for residents, businesses and those tasked with delivering the service. Where new systems fail it was often not the intent, rather a project that didn’t turn out as expected.

Maybe we need to create the mechanisms to fail fast and iterate in a positive direction when we don’t deliver the human experience imagined or the technology promise doesn’t meet expectations. If our goal is to deliver projects that drive city-wide collaboration & innovation then the 18 criteria of the Digital Service Standard (“All public facing transactional services must meet the standard”) provide a good framework for reappropriation. It is also worth noting this activity is not constrained to outlier pilot projects, it should be embedded in day to day activities. The Future Cities Catapult observed: “Most smart city funding is still derived from innovation pots and not linked to core city funding. Making this transition will allow scale up.” One such example could be seen as our Vilo platform – funded by an innovation pot but perhaps lacking the ability to scale up as core city funding is arguably required for the next step. In the meantime, city funding often explores other avenues leaving innovation pot funded projects as one-offs and thus missed opportunities.

London has many fantastics examples of pioneering work such as the London Datastore used by developers through a free unified API, the newly emerging London Office for Technology & Innovation which aims to bring together digital best practice and investment across the boroughs, and the various sensor deployments that share public and private data through platforms such as Organicity’s Experimentation as a Service.

These examples have developed from a “Living Lab” approach which focuses on identifying a challenge which people care about. By definition, they require engagement with all stakeholder parties if the goal is to deploy and test a service in the wild. You cannot defer trying to work out the thorny issues such as legal requirements, installation costs, data access and ownership — they should be part of the design.

A recent visit to Amsterdam Institute for Advanced Metropolitan Solutions reminded me of the systematic approaches researchers have been taking over the past decade to understand the factors that impact this participatory approach. Their work on urban living labs is worth a read. So what is a living lab? For us the Living Lab approach tests prototypes ‘in the wild’ instead of in a controlled environment. This is a good way to test technology readiness, social utility and financial viability in the real world. They are designed to understand how technology affects community, work, health and place, whilst protecting privacy and creating trust in those systems. It also tests stakeholder participation in the delivery of these prototypes.

From simple Air Quality monitors doing periodic sampling in Elephant and Castle to Artificial Intelligence driven ultrasonic sensors in the Queen Elizabeth Olympic Park, living lab projects facilitate a practical discussion around what it means to capture and share data from our built environment. The people, process and technology mix inherent in urban systems generate complex often unbounded interactions. It is really hard to know these a priori. Should we be taking an emergent system approach and learn by doing to share what works and what doesn’t? Who should be the curators for that discussion? To make it easier to integrate disparate datasets should we be encouraging a common language for this investigation such as the Gehl Institutes Public Life Data Protocol?

Training and digital enablement will be key in the journey towards understanding how a new deal for city data will enhance public services. Maybe we need to reorganise to fail fast, iterate and share learnings — the good and the bad, not just the sanitised view for funding bodies. Maybe we need to focus on continuous states of living labs, end to end service design and facilitating the testing of new ideas. As such, our contribution to UCL’s new campus in the Queen Elizabeth Olympic Park is to help create a living landscape where the campus and surrounding area provide a platform for research, teaching and learning about our built and natural environment.