ViLO is an interactive and collaborative digital platform used to visualize and analyse spatio-temporal urban datasets. Developed in collaboration with Future Cities Catapult, ViLO has been used to explore the uses of innovative digital technologies, such as Virtual and Augmented Reality devices and Game Engine technologies, to enrich the toolbox of architects and urban planners in order to better communicate current and future urban environments.

ViLo is an interactive platform that allows us to visualise real-time and offline spatio-temporal urban data sets in a digital three-dimensional urban environment. The first version of the platform has been focused on the Queen Elizabeth Olympic Park, a sporting complex built for the 2012 Summer Olympics and the 2012 Summer Paralympics, situated to the east of the city, and currently part of the Stratford City development. The platform uses both OpenStreetMap data and MapBox API for the creation of the digital environment. The platform allows us to visualise buildings, digital terrain model at high resolution, location of trees and other urban amenities. The geometries, created in real time, are named with their original code, thus each building maintains its semantic features that can be queries through the OpenStreetMap data set. Vilo can visualise also custom spatio-temporal data sets provided by the user in various file formats, such as digital urban models (it is possible to switch from the OpenStreetMap geometries  to a higher detailed CityGML model LoD2 of the area), or to visualise the Wi-Fi usage of various hotspots within the Queen Elizabeth Olympic Park, stored in a CSV file format.

A specific emphasis was put on the visualisation of mobility data sets. ViLo has the capability to retrieve and visualise the location and data of bike sharing docks (bikes and empty docking bays available), the bus networks and the tube lines, included the location of bus stops and tube stations and the real time position of buses and trains, using TFL’s API. The ViLo platform integrate the real time weather information from Wunderground’s API, that affect the visual aspect of the digital model; a three-dimensional visualisation of Flickr photos; a walking route planner for predefined location within the Queen Elizabeth Olympic Park using MapBox API.

An innovative aspect of the Vilo project regards the possibility to conduct real time urban analysis using the various data sets loaded in the digital environment. At the current stage it is possible to conduct two-dimensional and three-dimensional visibility analysis (intervisibility; area and perimeter of the visible surfaces; maximum, minimum and average distance; compactness, convexity and concavity).

The platform has been developed in three different version:

The three version provide the same features described above, although the user experience and interaction has been customized for each of them.

The ViLO platform has been tested with the users during various exhibitions and conference such as “Smart Cities Expo 2016” hold in Barcelona, November 2016; at the “Open City Documentary Festival”, hold in London, September 2017; at “Leading London, London at the heart of business innovation”, hold in London, October 2017. 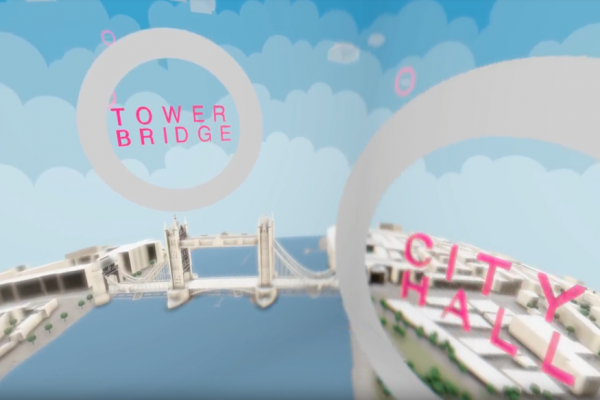 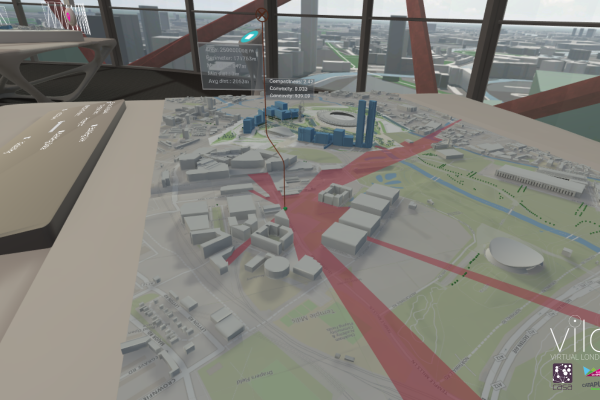 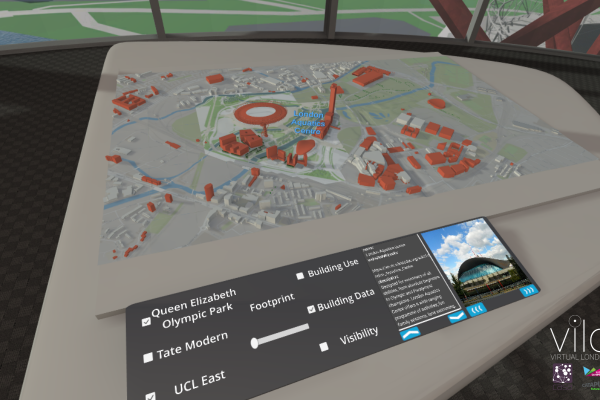 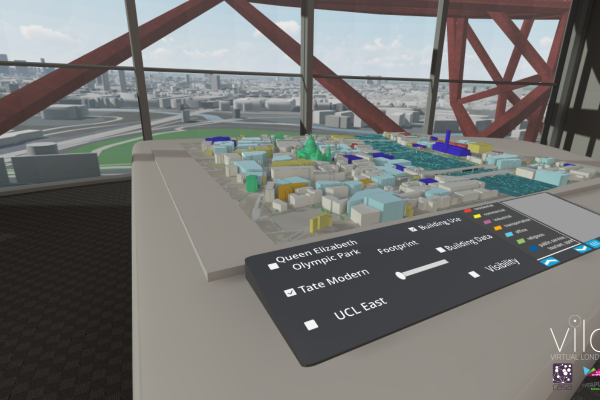 Land use from OSM 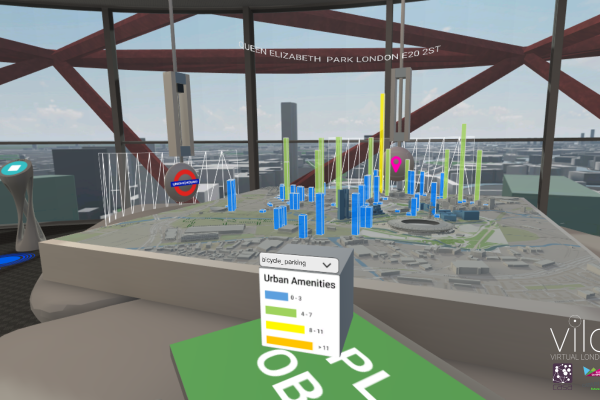 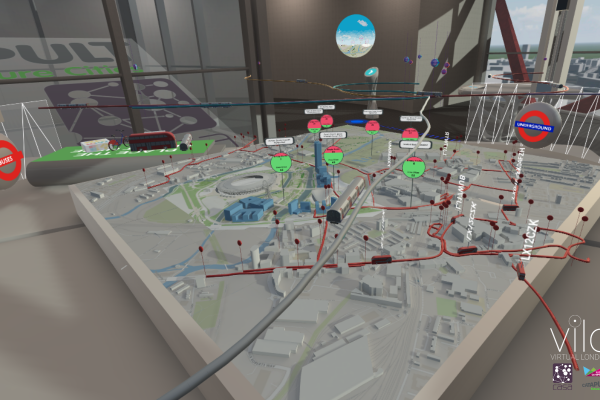 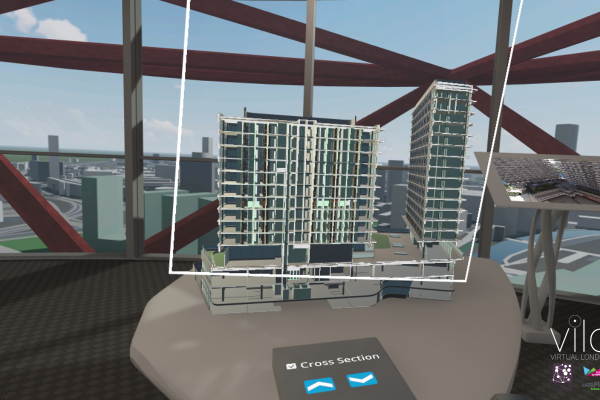 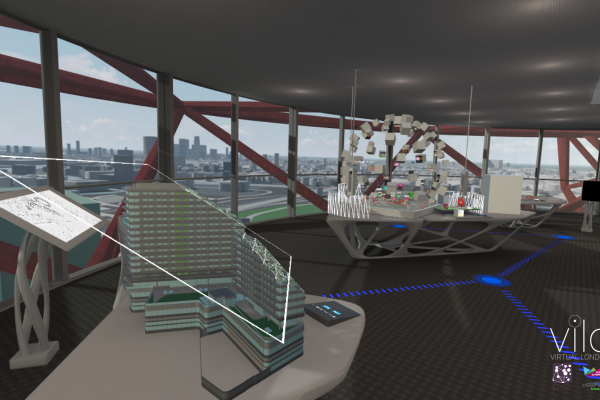 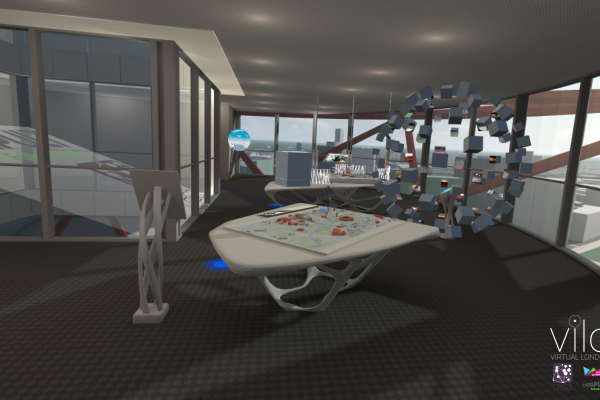